Again I totally missed Obsidian and Rosie. They just don't want me to see them.
But it was a fun time watching two 3-year-old cubs above the road at Calcite. They were just chasing each other as fast as they could go. Not fighting, just having fun, running one way for 100 yards or more, then turning and running back, then going down, then going up.

One of them came down to the road, and the rangers let people stay on the other side of the road as the cub ate grass. One ranger thought the cubs were brothers and likely part of Rosie's last set of triplets. The one had a white patch on his chest, a kind of Rosie characteristic, the ranger said. Some people thought there was another cub down the road, but I don't know for sure. 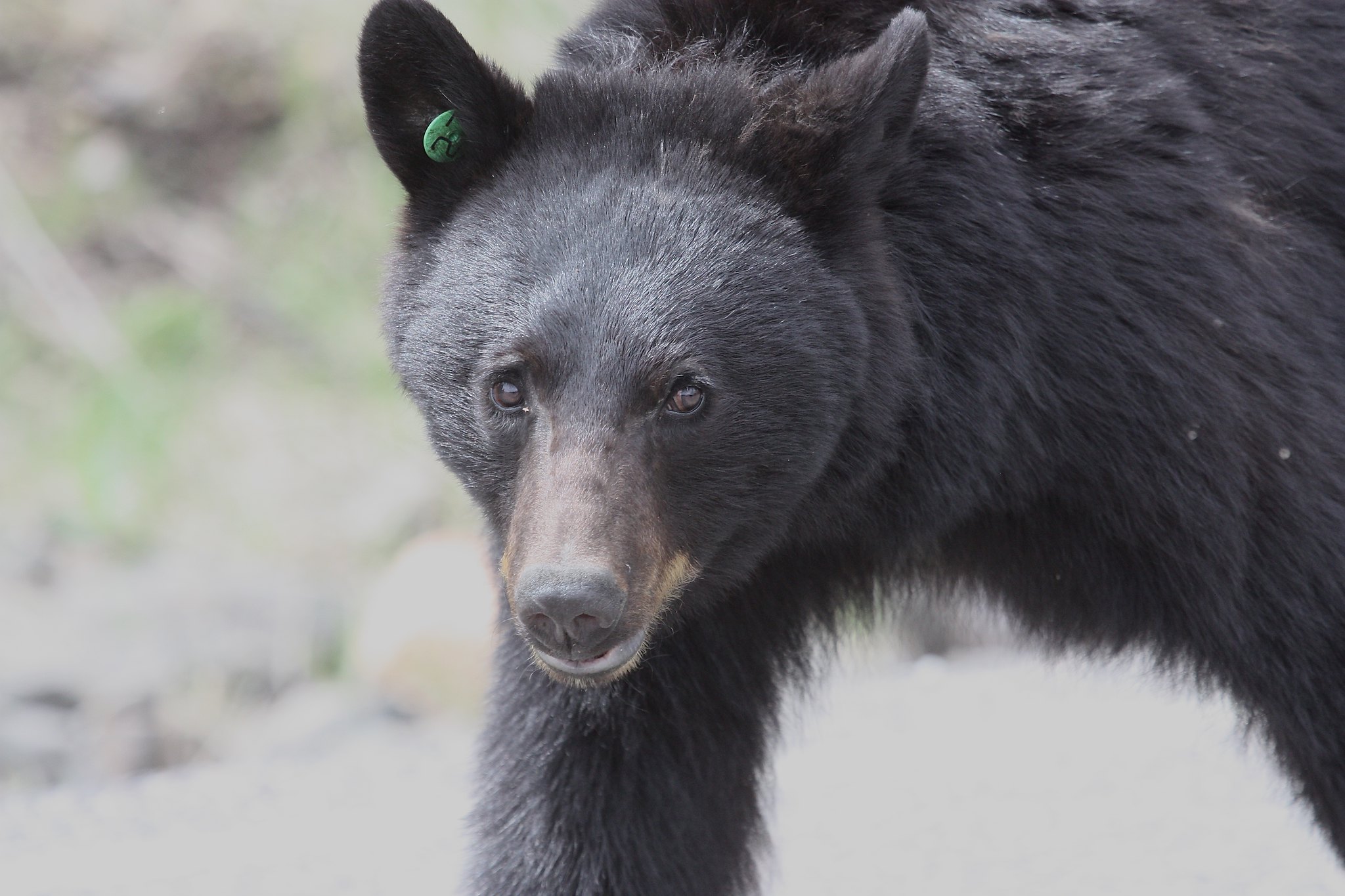 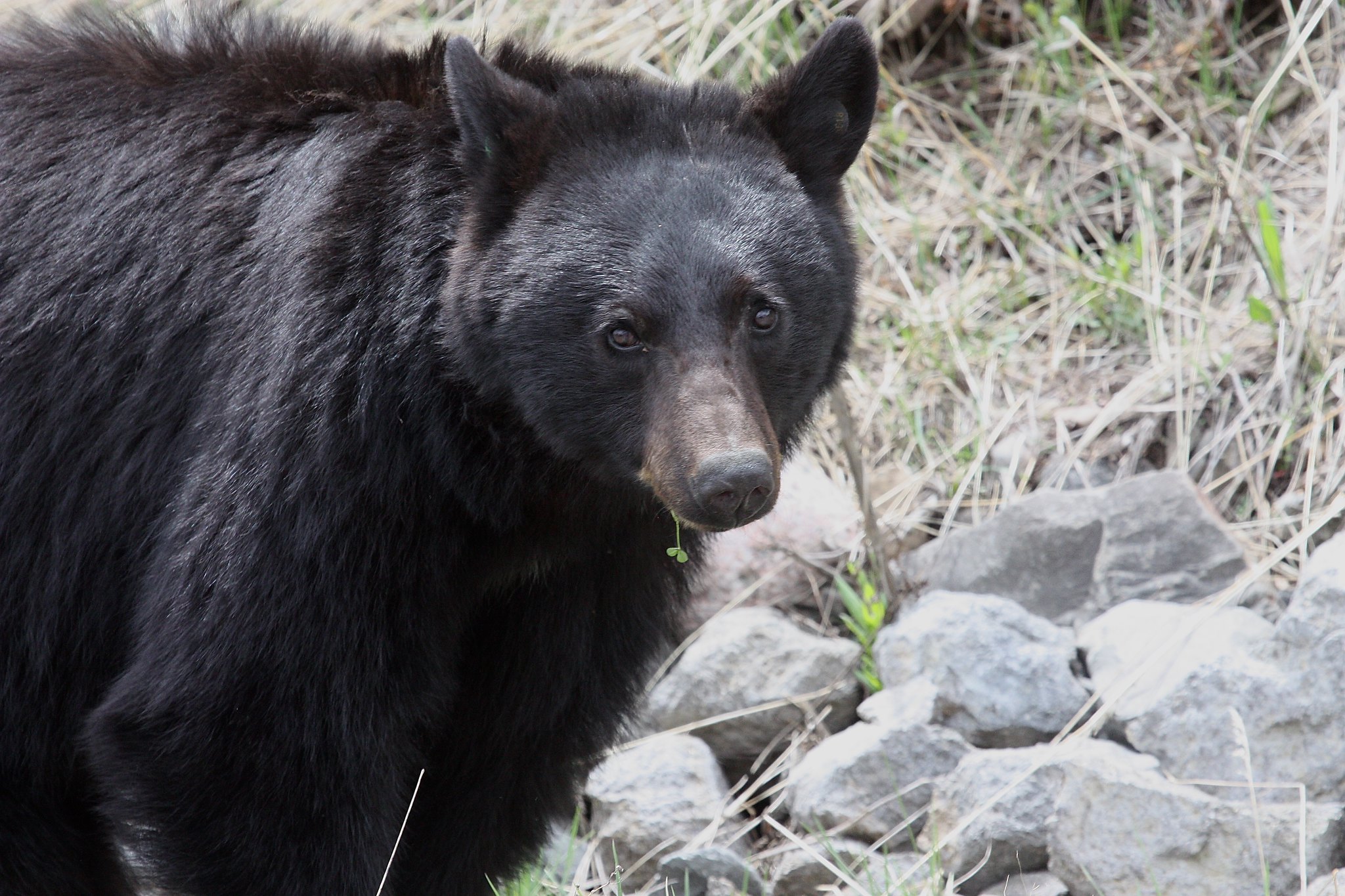 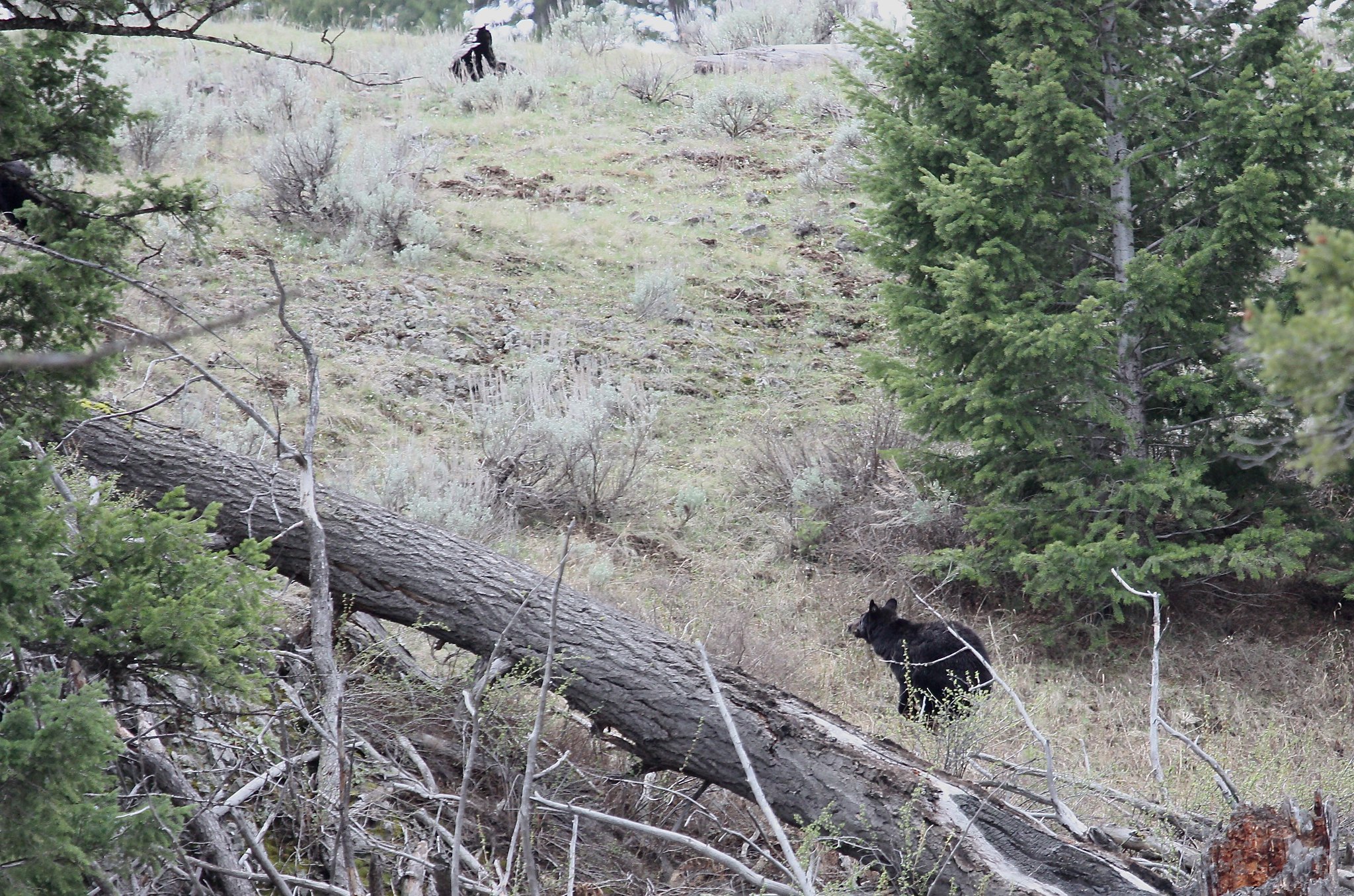 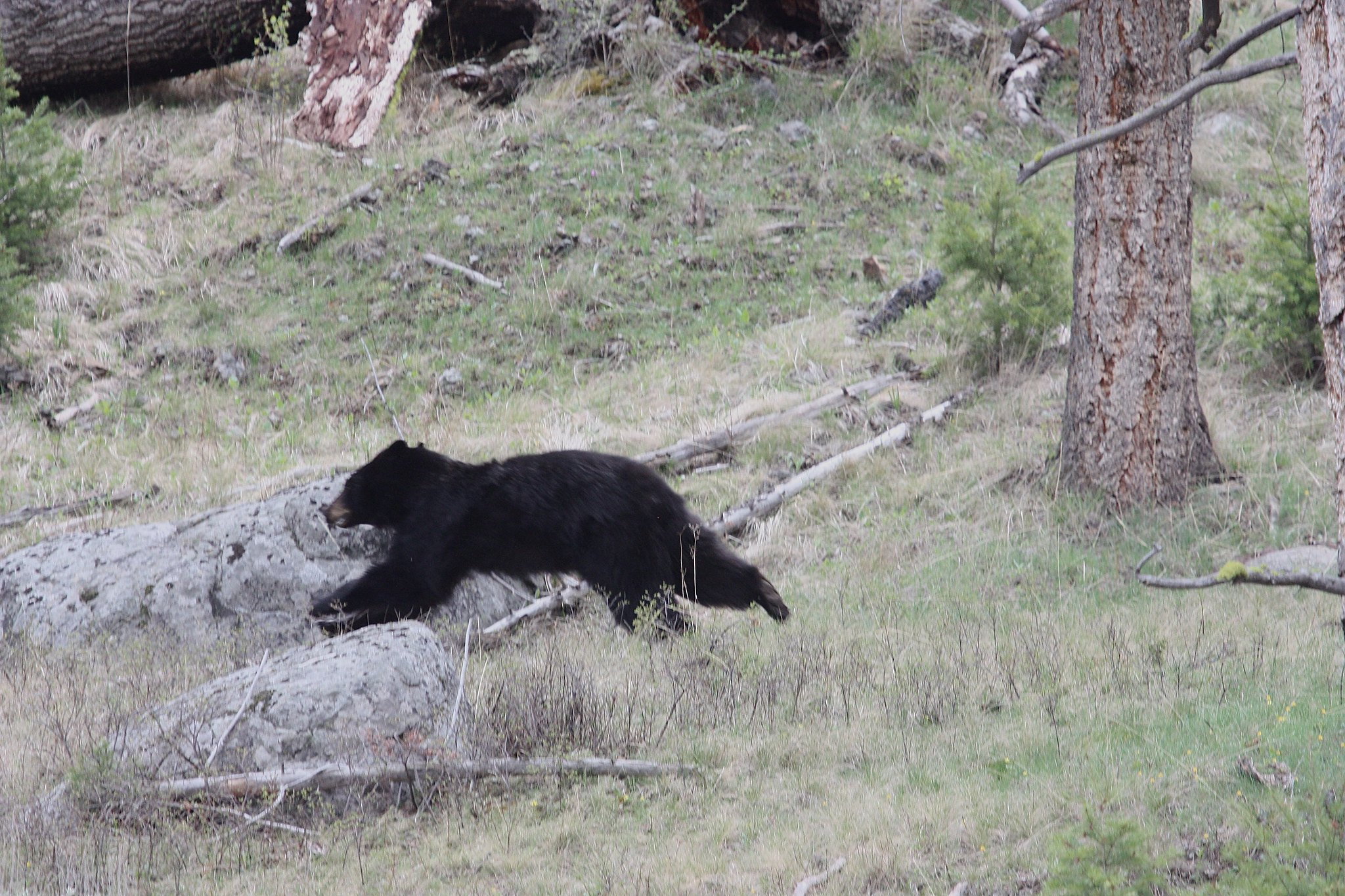 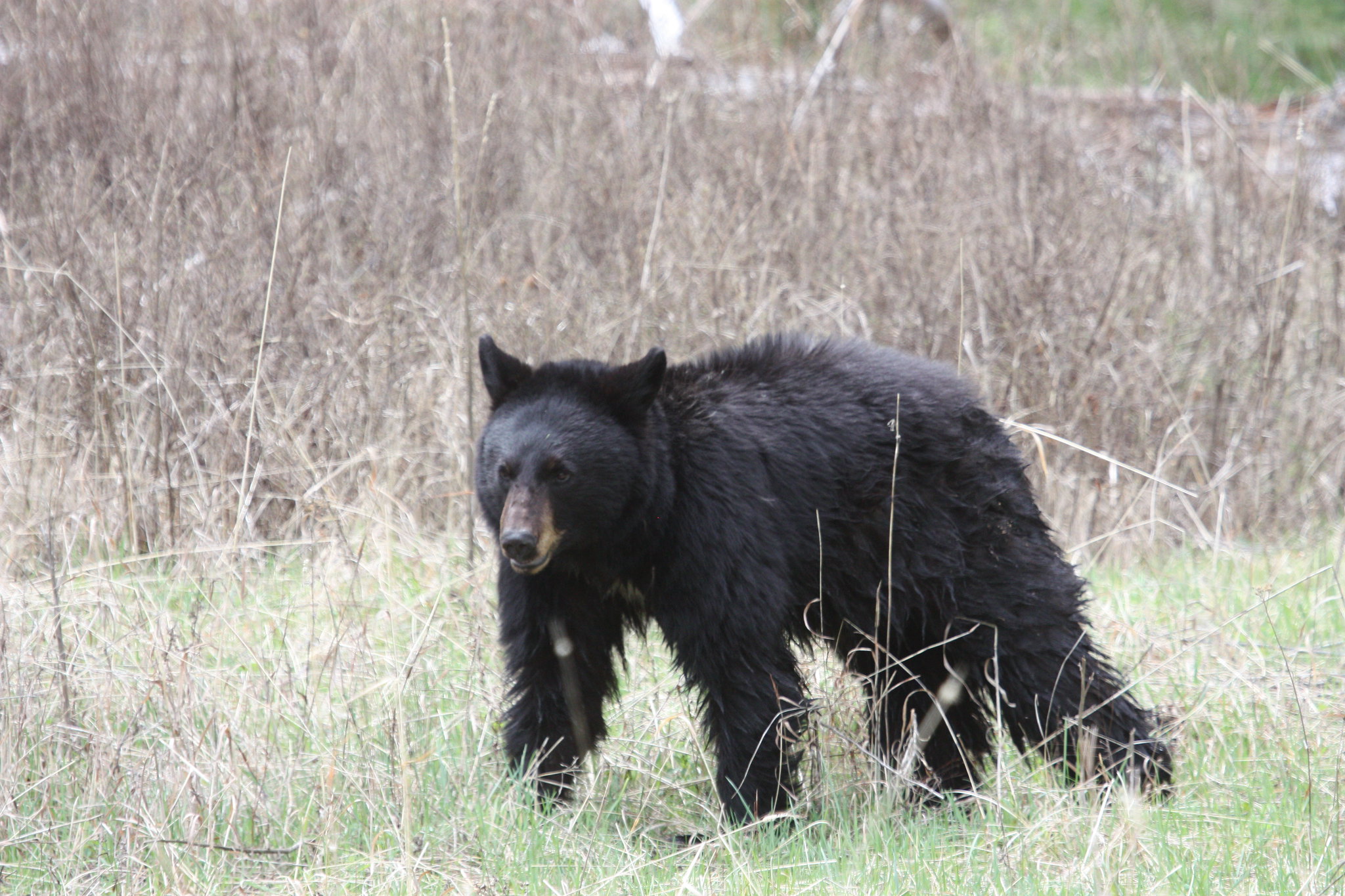 At Mammoth, she already chased him once, so he sneaked up by the picnic table. She was a little testy. She then chased one of the other elk. 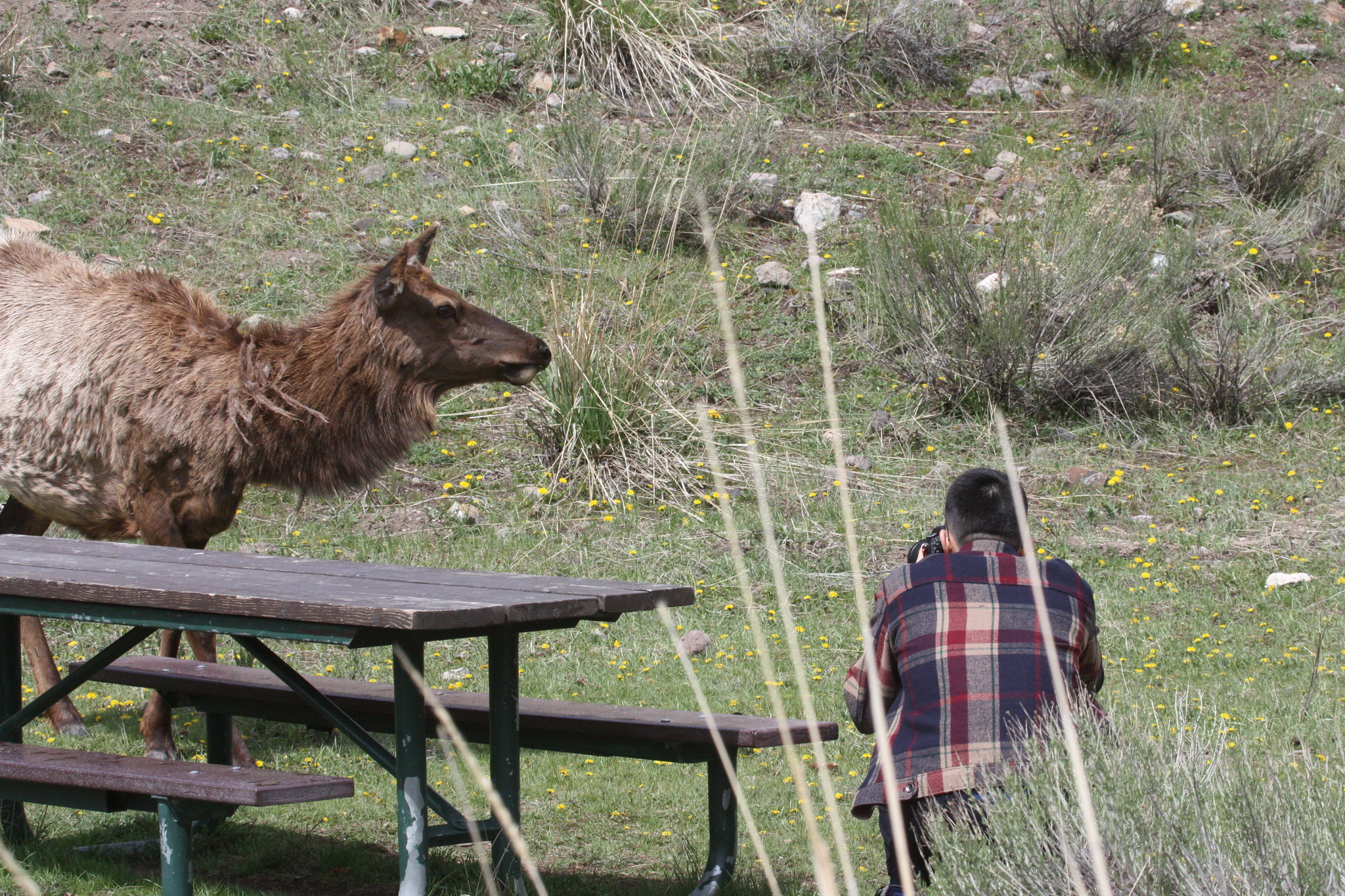 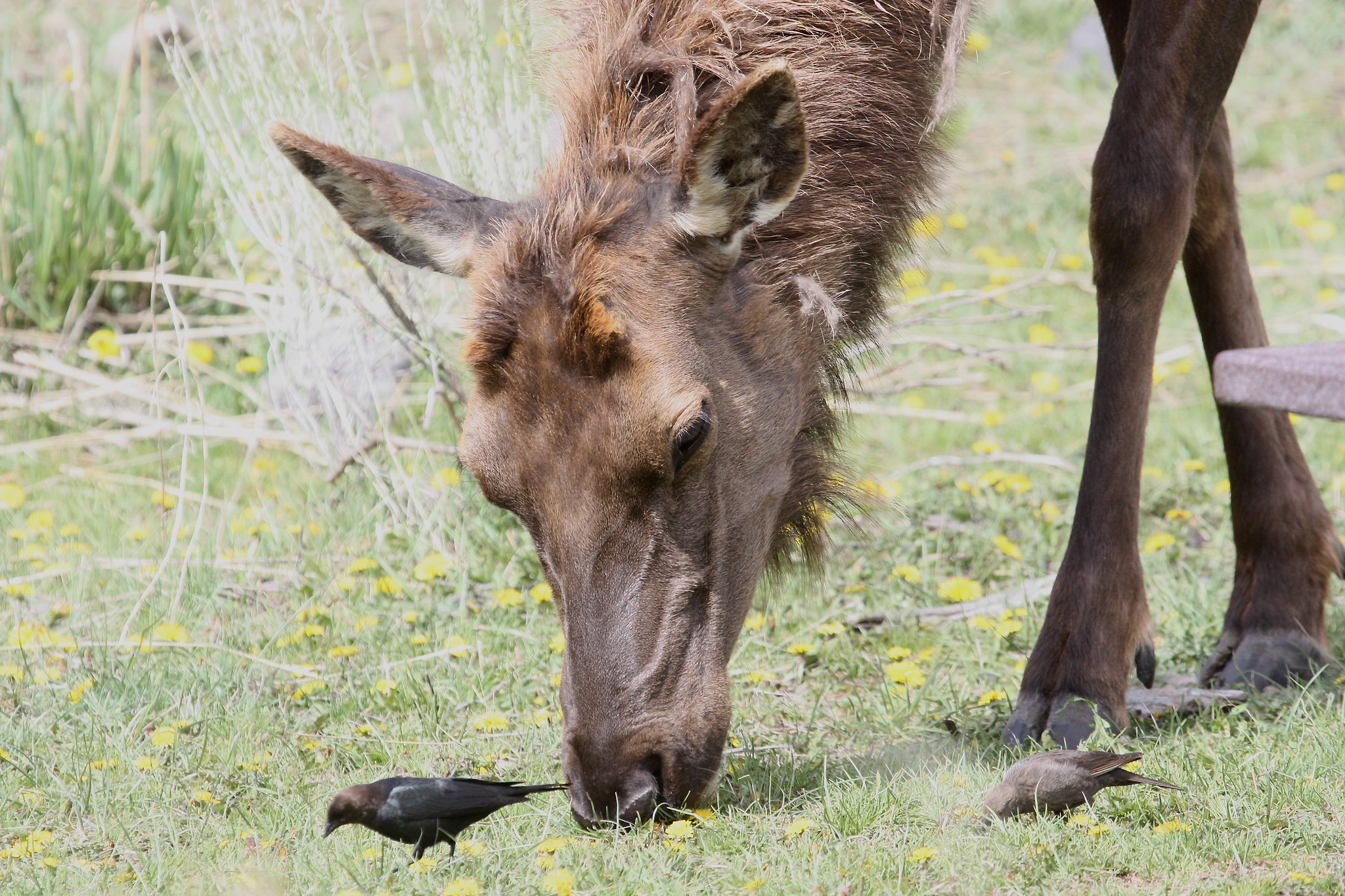 Great shots of the subadults!

Nice pictures! I'm curious about the names I'm seeing in recent posts. How do the bears get these names? Do the rangers give them names? Do they keep track of them and post updates somewhere on their activities?

Hi Tom,
Thank you.
No, the rangers and other park employees deliberately do not use the animal nicknames, although they know who you're talking about. The park service doesn't like them to personalize the animals.
Names usually come from either a characteristic of the animal, coloring or something, like the grizzly Snow. "Angry mom" is a black bear sow who a couple of years ago bluff-charged rangers a couple of times. In other cases, the names may come from a location where the animal makes its territory -- the grizzly known as Obsidian stays around Obsidian Creek, the black bear Rosie is from a long line of bears named Rosie because they stay near Roosevelt. I think it's mainly locals who come up with names, and they become widely used because the visitors like to be able to identify certain animals that are favorites for one reason or another. A few people try to come up with their own unique nicknames, but they don't always stick.
Animals that are collared are usually known by their collar number, but some have their own nicknames too, like Obsidian, who is bear 815.
Wolves and elk often have nicknames, too.

Wonderful bear portraits, Linda, and sharp as a tack! Loved 'em all.

Beautiful images Linda! Really love the first two. Didn't realize black bear cubs hung around for THREE years! Thanks for the inspiration and the reports. Continued success on your trip.

Thanks Yellvet and Nikon.
Nikon, the 3-year-olds are on their own, as mom Rosie has yearling triplets now, but the older ones apparently came back to their old stomping grounds.