Got up early the next morning and back into the park, we stopped at the group looking across the Madison and there's a winter killed buffalo just in the tree line. I guess yesterday afternoon early a grey wolf was at the carcass but there was nothing left but the ribs and head so it took off. Everyone was camped out waiting to see if she would come back but no one had seen anything since the day before. Every time we drove by people were sitting in lawn chairs waiting but never heard anything about the wolf coming back. After passing Norris and just south of Twin Lakes we found 3 grizzly bears, a sow and 2 2nd year cubs. 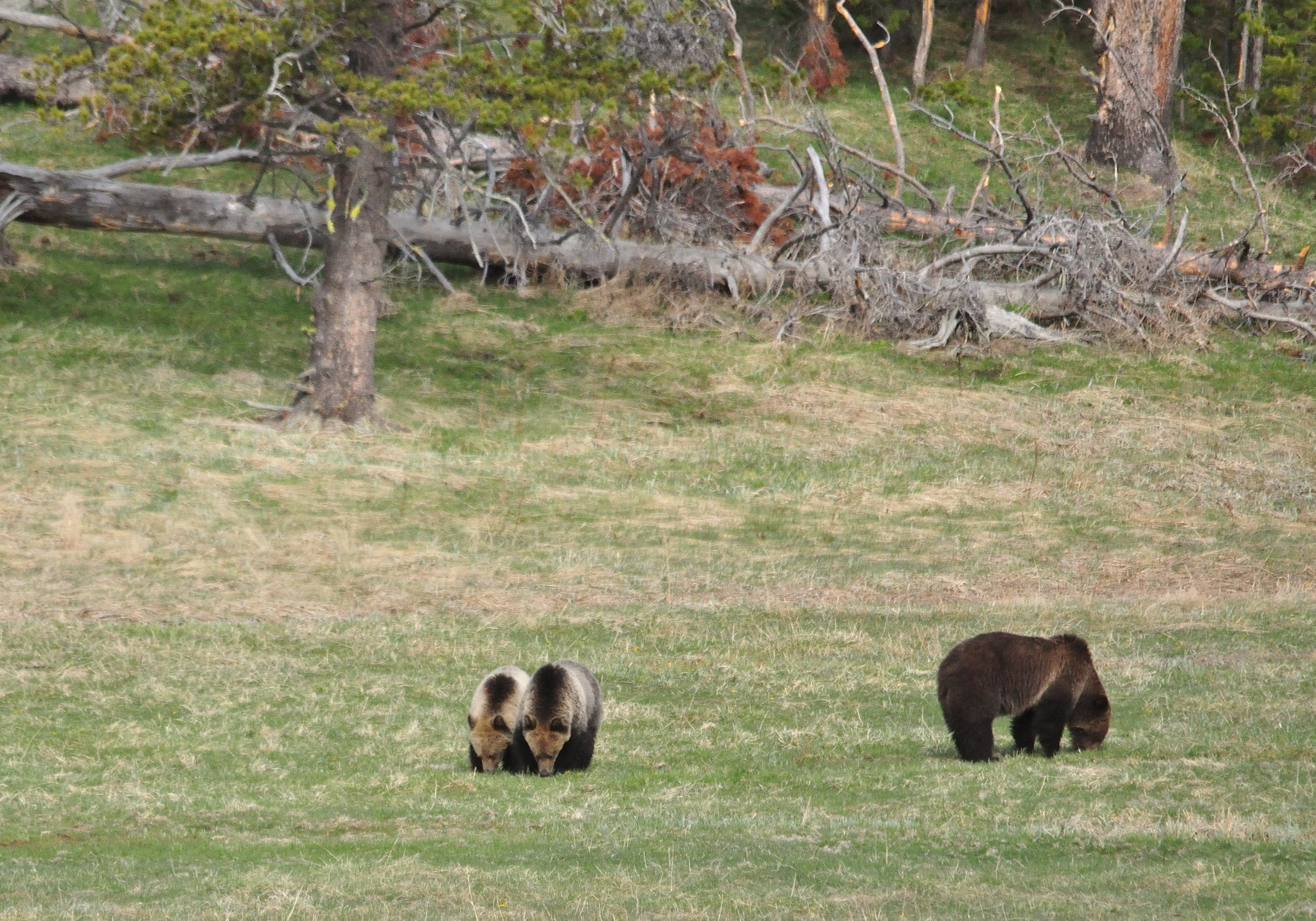 The one cub is the yellowest grizzly I have ever seen and it was fun to watch them learning how to forage. 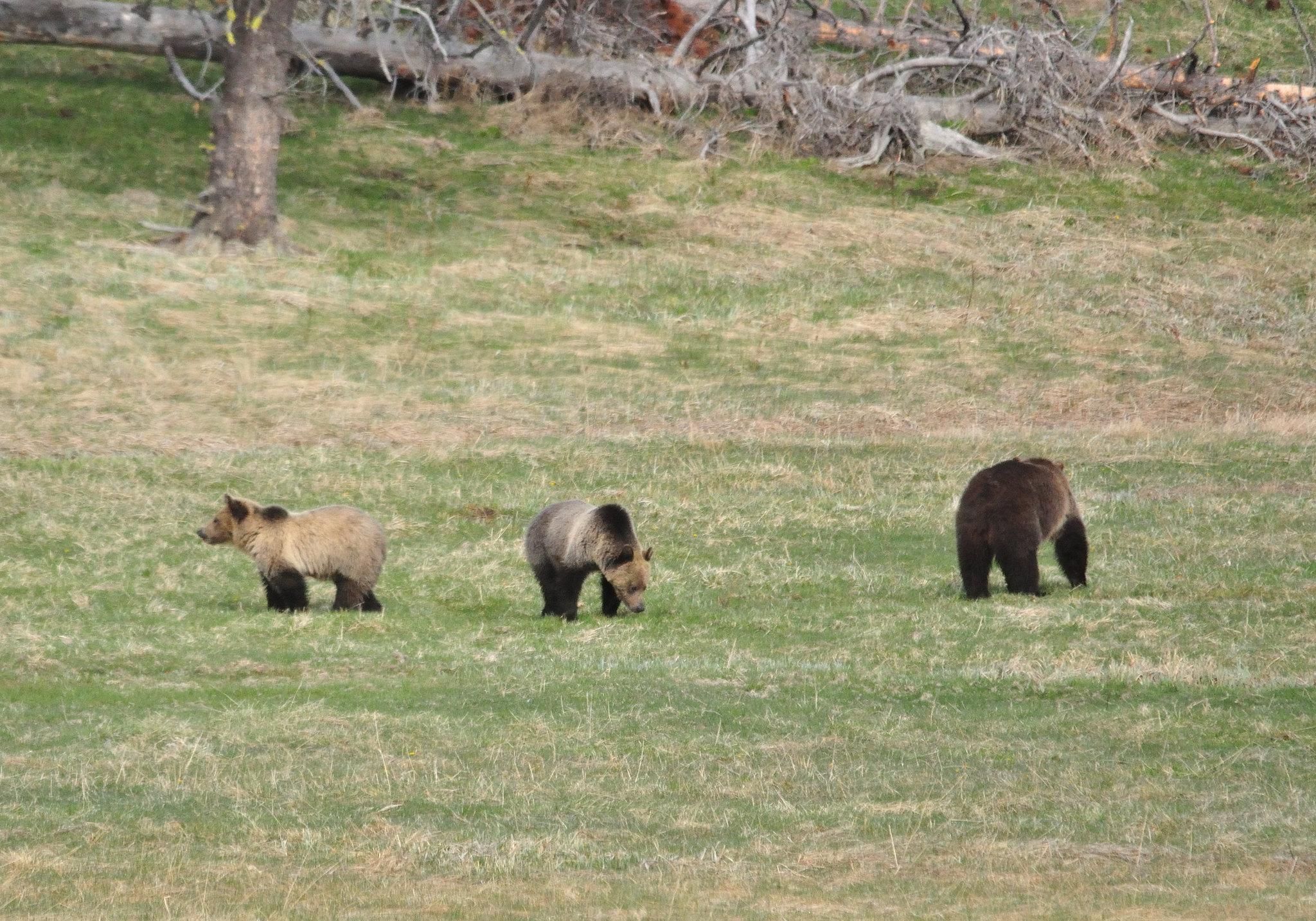 Off to the next bears, as we came into Lamar there were 2 large bears off to the right way up the hillside just digging away above Buffalo Ranch. 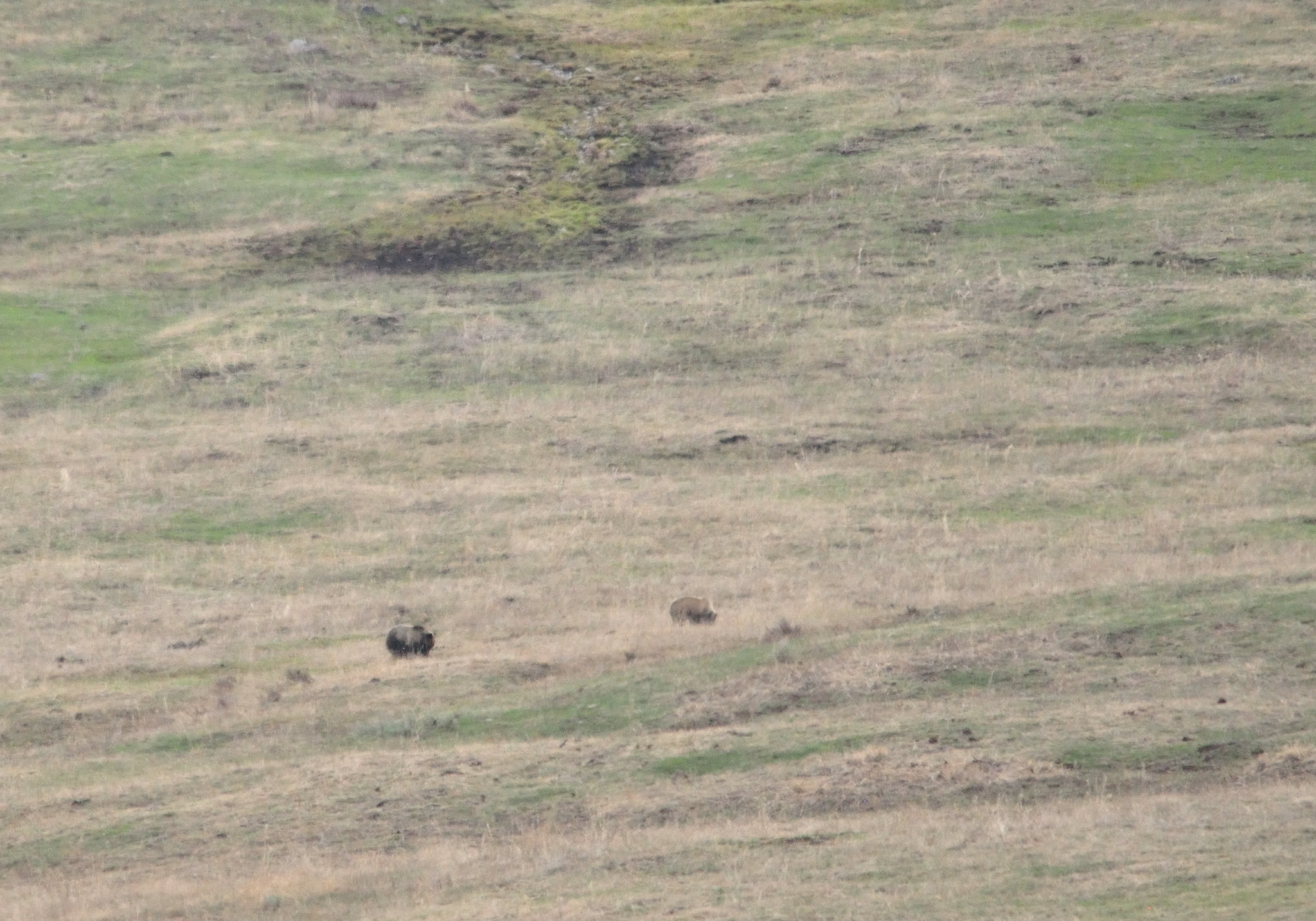 Too far away to be too exciting so down the road to the next group. We found a sow and 2 COY black bears and the east end of Specimen Ridge buy way out there in the tree line. Too far away for the camera so we headed back out. Everyone was at the base of Druid Peak watching the hillside so I thought we had found our wolves but no such luck. Instead we found a grizzly sow and 2 COY up by the snowline looking busy. These are the first grizzly COY I have seen in 3 years so I was pretty excited even if I couldn't get any pictures. Back into the car and out to Cooke City. Not Much going on be we did find 2 moose by Gate city and another pair by warm creek, Momma and 2nd year calves but moms were still really protective and people were smart enough to stay by their cars. 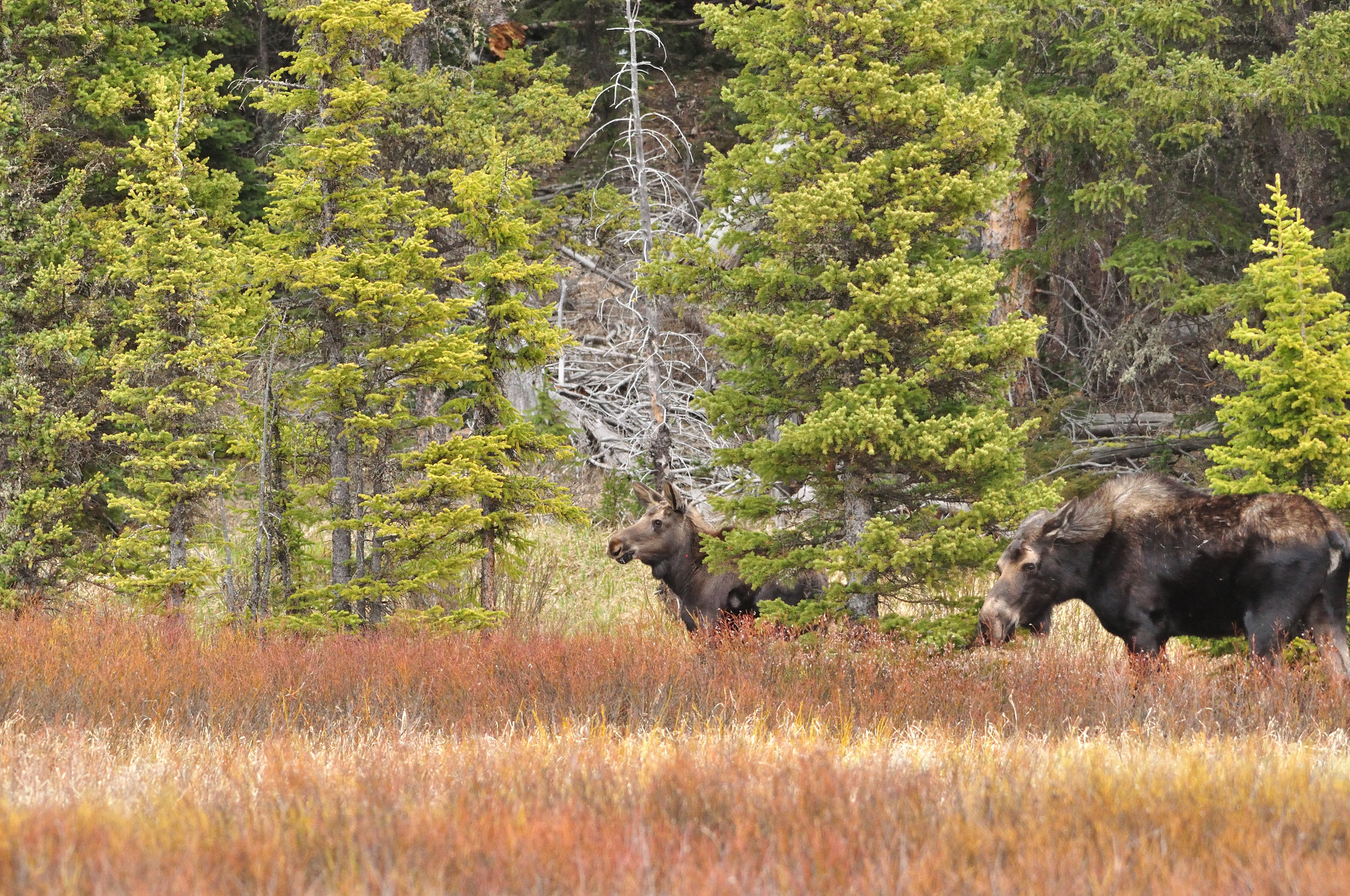 Next stop was Hayden Valley and maybe wolves? No wolves but we did find a grizzly feeding just south of the 25MPH zone in Hayden Valley itself but that was it for bears on this trip. Driving back at sunset we found elk everywhere, seems they stayed in the trees during the day but there was enough that it seemed like the pre-wolf years I miss so much. Hopefully we'll be back a few more times and find a wolf or 2.

Glad you got to see so many of the bears. Sorry you missed the wolves, but that gives you a reason to come back! Thanks for sharing.