We have had a great wolf-viewing start to the spring, but had not seen any bears in Yellowstone. So we decided to take a trip down to the Tetons in the hope of seeing bears. We came in Moose-Wilson Road as it was the first day it was open to drive through, hoping to see something cool. But we saw nothing other than birds. (Dorothy, we need you to will us some of your good luck!). We then traveled up Teton Road and finally noticed some people with big lenses out near the dam. They had seen 399 and her cubs further south heading that way and were hoping she would make an appearance there. We decided to head up toward Colter Bay rather than just wait around.

Up past Pilgrim Creek there were cars stopped and people out. About 100 yards out there was a grizzly. Yeah, our first decent look at a bear this Spring! It didn't stay out long so we decided to keep going. As we drove around, we didn't see anything so we headed back to the south. Turns out the griz had reappeared and crossed the road and was disappearing again. Oh well, at least we got to see it. Headed out to Pacific Creek Rd. and were able to see two moose down in the willows.

We decided to take a short hike across from Jackson Lake Lodge as the snow looked to be mostly melted there. We were able to go about a mile before the snow drifts started appearing, so we turned around. We saw some ducks and sandhill cranes along with moose poop but no moose.

After the hike we decided to check on the 399 watchers. They were gone from the dam, but as we got just past Signal Mountain there were cars and people. We were hopeful, but there was nothing being seen at present. 399 and her cubs were visible earlier along with a wolf. Apparently there was an old carcass out in the field just over a ridge, but the bears were out of sight now moving to the south behind some trees. We drove to the south and couldn't get a view. Then we went back to Signal Mountain hoping to park and walk up to an overlook, but the area was closed off. So we headed back to the original spot trying to decide whether to stay there or drive further south. Turns out that there were people up on the hill on the right side of the road and Karen mentioned that they looked like they might be seeing something. So we got out and started up the hill and sure enough, 399 and the 4 cubs had reappeared heading back to the north.

They were about 200 yards out, so not great for photos for us, but we could see them clearly through the binocs. Karen snapped some photos anyway just to document the sighting. We were thrilled to see them looking reasonably healthy and Mom was clearly in charge. 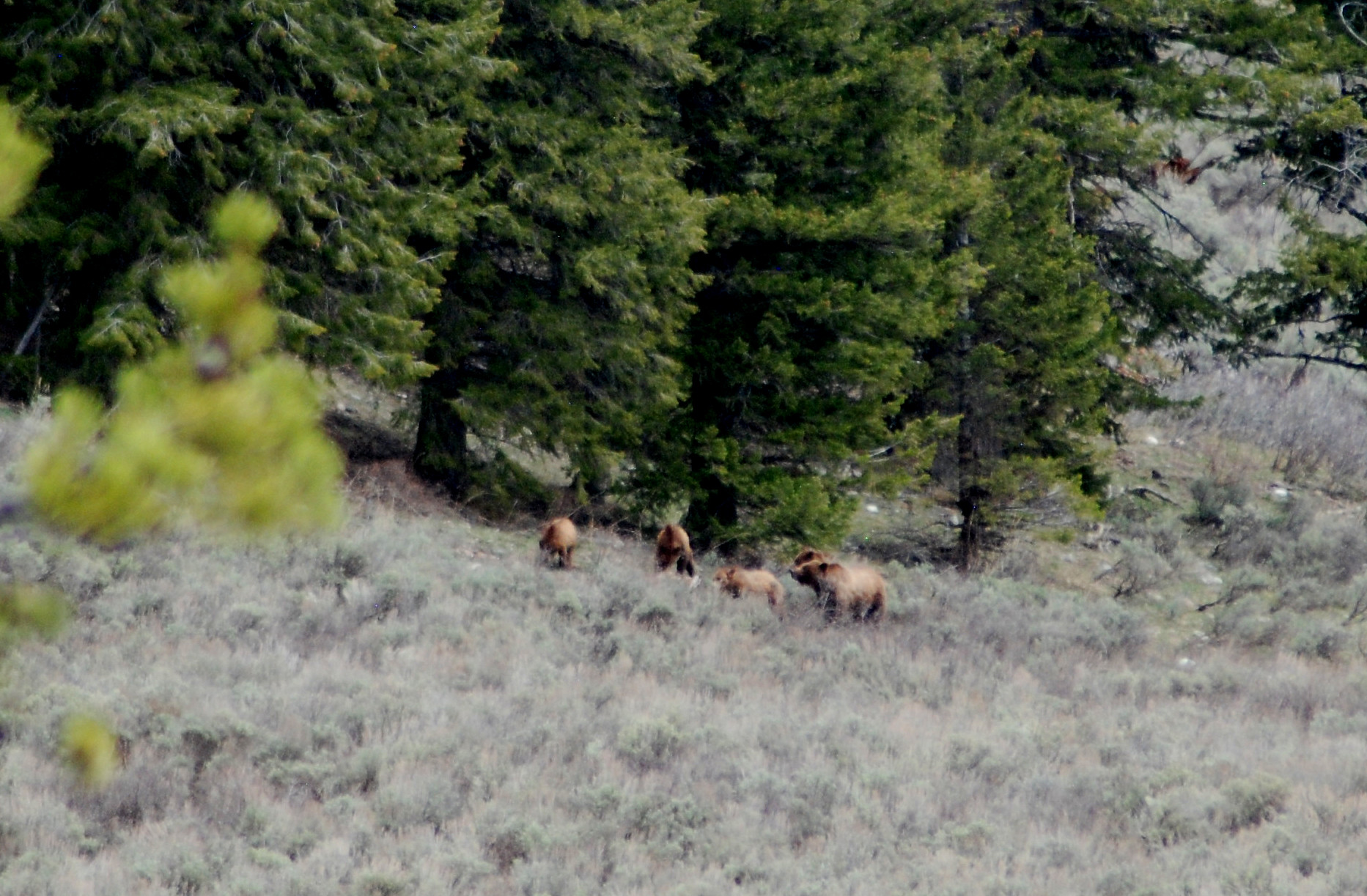 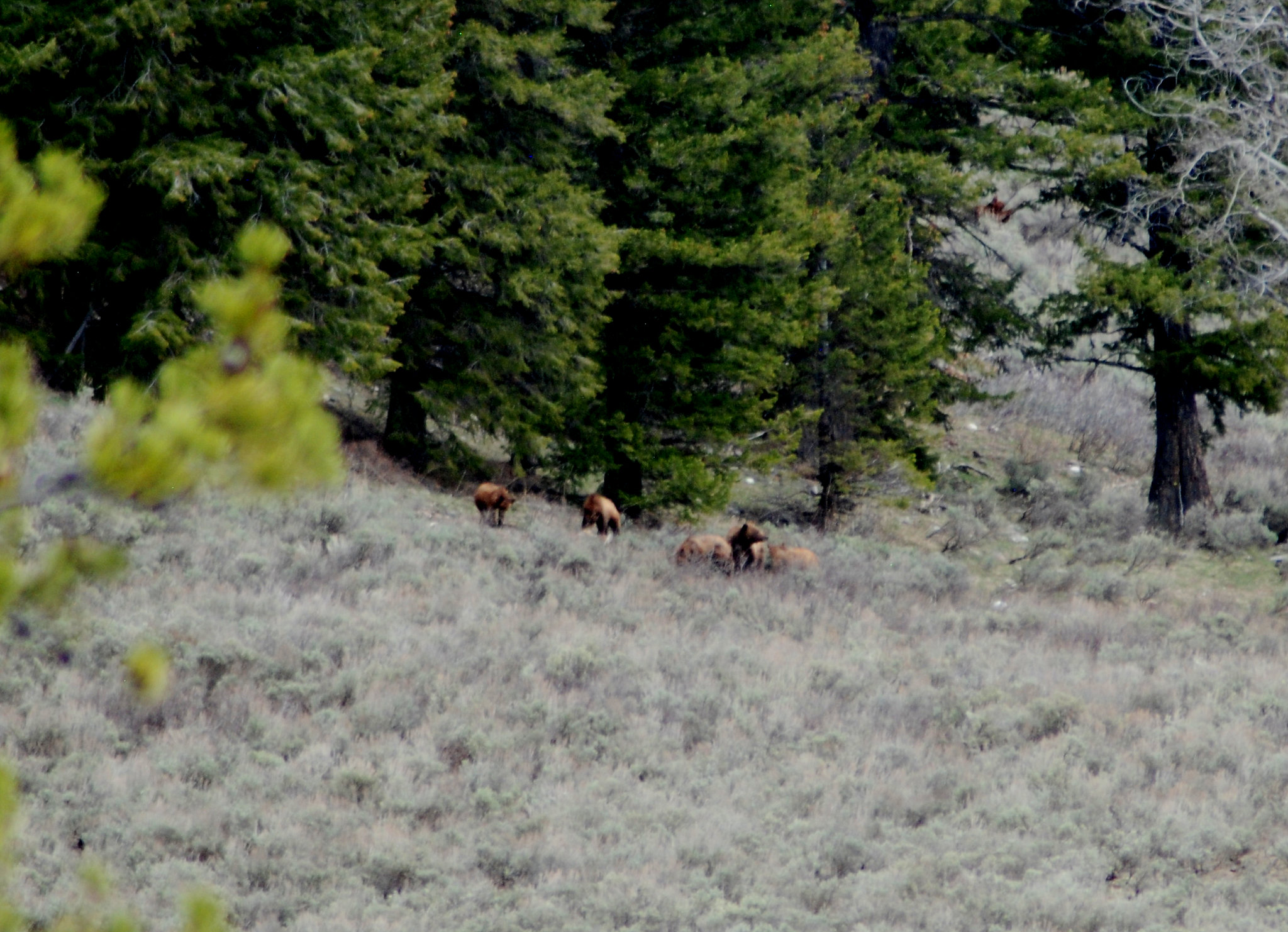 We were able to watch them for about 10 minutes before they moved into the trees.

We decided to begin our trip out. Made a couple more stops and headed back out Moose Wilson Rd, once again not seeing much. But that was OK. We were still on a high after seeing 399 and her family.